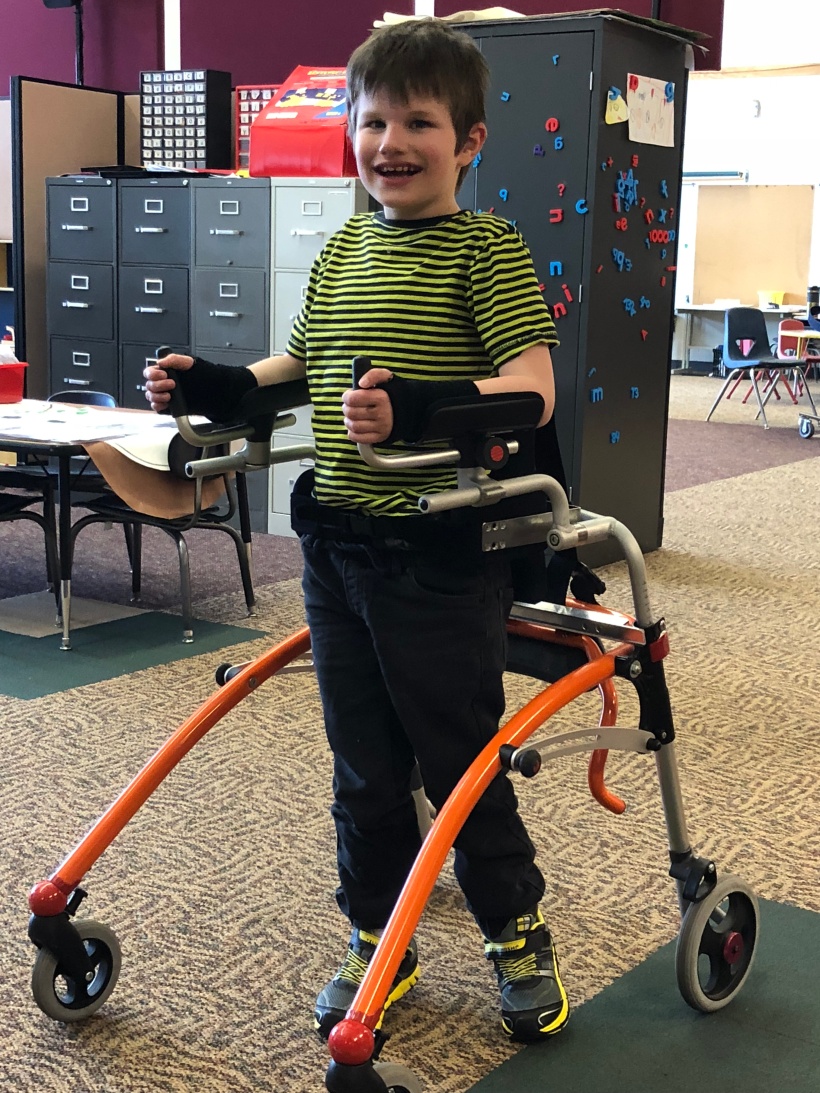 Like the rest of the world, I was so sad to hear that Stephen Hawking passed away last week.  Even though I don’t do anything with sciences like physics or astrophysics, I always appreciated Hawking.  He so fully embraced his geekiness, it was hard not to like him.  I wasn’t really surprised to see a lot of outpouring of grief on my Twitter and Facebook accounts.  I did see a number of different posts and graphics showing Hawking leaving his wheelchair.  I think my favorite showed his chair in stark focus and a silhouette of Hawking arms and legs splayed out as if he was floating up to the moon.  But, as someone else pointed out, it also kind of looked like his wheelchair had come to an abrupt stop and he was tumbling out of it.  This made me smile as I suspect Dr. Hawking would have found this funny as well.  Something else came across my Facebook feed related to this topic as well that caught my attention.  It was an op-ed from Teen Vogue — not a publication that hits my timeline a lot.

This has been a topic I’ve been thinking about for a while, even more so with all of the testing we’ve been doing on Koan.  We did get permission to do the additional DNA tests for the various disorders related to epilepsy.  We did the blood draw for that a week before spring break.  I would guess we’ll hear something around the end of April.  I serve on the University of Iowa’s Center for Disability and Development’s community board.  Last December, I was relating to that group that I was excited that we were on a path to possibly finally having a definitive diagnosis.  The parents in the group all smiled, but one of the physicians respectfully asked why I was so interested in the label.  I told him that having a rough roadmap was very helpful — what should we expect next…?   Having a support group (I assume) would also make things easier.  While I don’t admit this very often, I still hold out a little bit of hope for treatment, too.

One of the thought-experiments I sometimes conduct goes something like this — if I could get access to a pill that would “cure” Koan — give him the ability to walk, to talk and to progress down a more typical developmental path, would I give it to him? I know for some, this must seem like a complete “no-brainer”.  But, I struggle with this.  It’s this dilemma that’s at the crux of the op-ed.  Does this type of change free Koan to become himself or does it effectively destroy his identity? If I able to take away the disabilities, do I remove his “Koaness” as well? I’ve written about this obliquely before.  Some of the things I now love most about Koan are inextricably linked to his disability.  This forces me to think of all sorts of uncomfortable questions: do I love is his dependence on me (that makes me feel really selfish)? Where does Koan begin and end? So, it’s kind of a “red pill/blue pill” question (from the Matrix) for me. Jeri and my guiding principles for Koan (and all of our kids) is the continued growth toward happiness, independence, and good health.  I still believe these are solid guideposts, but it’s not black or white/cut and dried. I want Koan to push past as many of his disabilities as possible without invalidating how they inevitably define him.  It’s an interesting line to walk.

On a somewhat unrelated note, we had Koan’s annual IEP meeting in early March.  As always, I’m blown away by the great team he has working with him at Prairie Ridge.  This has been an interesting year.  For the last couple of years, Koan has done really well with his mobility goals and he’s struggled with consistency with his communication.  That was reversed this year. He took a step back in mobility but made nice gains in communication.  We think his hips got out of whack this year due to some tightness in his lower leg muscles — causing one his legs to shorten.  Our awesome PT from GWAEA worked with our orthotic specialist to get a shoe insert to address this issue.  A few days after that happened, Koan actually scooted to his Crocodile walker (which he’s not used most of the year) and grabbed at it — to show that he wanted to use it.  Here’s a brief clip from that first walk.  So, he’s not totally off track.