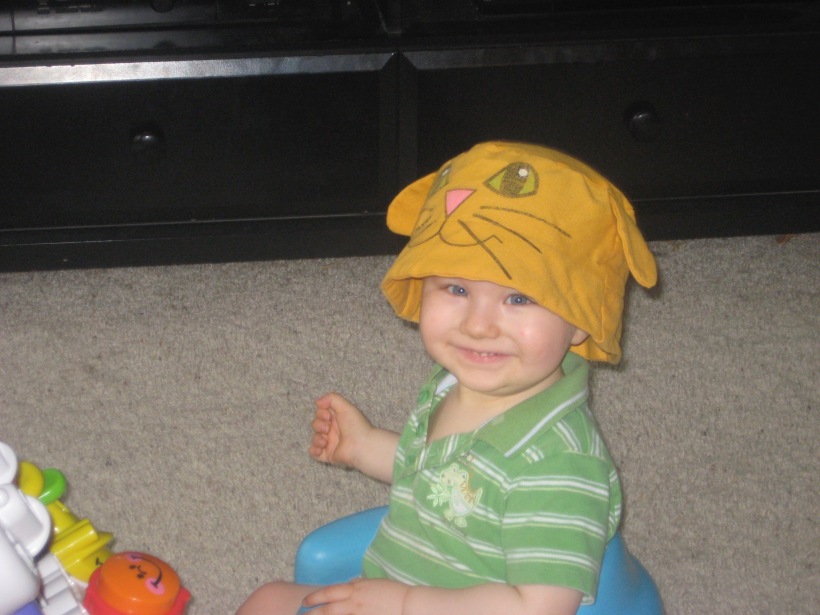 But I can feel your brighter days coming…”

Right at the end of the 2015 school year, Jeri and I took a trip to Minneapolis to see Dan Wilson in concert.  I’ve really liked Dan’s music since I first saw him in his old band, Trip Shakespeare, at Gabe’s in Iowa City back in 1988.  The Minneapolis concert was on Friday evening in a small theater in the West Bank neighborhood. Three really interesting things happened that night. We drove up to the Cities that afternoon and parked in structure about a block from the venue.  There was a pub across the street from the theater, so we decided to have a meal and a drink there.  As we were eating (and drinking),  I checked my beer into the Untapped app and tagged our location, The Arcadia.  I had never been there before and we choose it because it was between our parking spot and the theater.  As it turns out, it’s the hometown bar of my good friend Tom Burrell.  Tom is friends with the owner and hangs out there all the time. So, out of all the places we could have selected to eat that night, we randomly chose one of the most beloved places of our closest friends.  However, while we have a lot of friends in the Cities, we had told no one we were visiting because we wanted the trip to be kind of like a date night.  Needless to say, after I checked in, I had to spend some time answering the “What the hell are you doing at the Arcadia without me?” texts from Tom.

The Arcadia is small and dark.  Jeri and I were sitting at a small bar-height table with a view of the street.  The concert start time was 8:00 PM and we arrived around 6:30.  To maximize seating, the small, round, and tall tables are closely packed together.  There’s not a lot of elbow room.  But, the place is virtually empty —  the dead time between the after work crowd and the full night time rush.  There are only about ten other people in the bar.  The jukebox is run full-blast however, so Jeri and I have to lean into one another across the table to hear each other talk.  After I finish texted Tom an explanation of why we are at his bar, Jeri grabs my hand and motions with her head and says in a low voice, “ Have a look at the guy at the next table.”  Again, not many people are in the bar and the music is playing loudly, so even though I can reach out and touch the guy at the next table, he can’t hear Jeri or me. As casually as I can, I look over my shoulder.  There’s an older guy sitting there by himself.  He’s in his mid-fifties with hipster glasses and a haircut –not an unusual sight in the Cities.  Jeri whispers, “I think that’s Dan Wilson.”  It’s possible.  The guy is about the right age, but it’s dark.  I can’t tell.  So, we quietly debate.  I argue that it’s not him — I figure he would be in the green room at the theatre across the street this close to the show — not hanging out by himself in a bar.  About ten minutes later, a group of people join him and it becomes clear as we catch snatches of their conversation that it’s the Wilson family.  Dan is indeed sitting right behind us.  To underscore that we are not millennials, never once did it occur to either of us to ask to have a picture taken.  We merely enjoy our time dining next to greatness.

The show was really fun and enjoyable.  Like many performers, Dan Wilson is as much a storyteller as a musician.  Between each song, he would related anecdotes.   About halfway through the concert he told the story of how he was flying to Greece to perform at an awards show.  And, while he was on this long, eight hour flight, there was a young man with disabilities in his section of the plane.  The kid in question was in his early teens and he was having some trouble processing all the input coming his way while on the jet — the sound of the engines, the turbulence, the crush of humanity in general.  So, every few minutes he would let out whoop sound to let off steam and rest.  This sound would startle everyone around him.  As the flight progressed, Dan watched the young man and started to pick up on the tells that a new whoop was coming.  Dan began to giggle at the discomfort this was causing the other passengers who were understandably getting less and less patient with this behavior as the eight hours dragged on and on.  Finally, a woman near Dan called him on enjoyment of the situation.  It turns out it was the boy’s mom.  They had a great conversation.  She was taking this child on the trip even though she knew it would be tough for him (and everyone around him) because she felt he would grow from the experience once they got to Greece.  It was a great, humorous, example of inclusion.  This conversation was the basis for Dan’s song, “Your Brighter Days” which I quoted at the top of this post.  I love this song.  It works for me as a tone poem that captures the joys of hope that comes from  caring for a disabled person.  Those first couple of years with Koan were all about focusing on the “brighter days.”

Our pediatrician and all the other specialist all told us as when we took Koan home from the NICU that we would know a lot more about his development when he was a year old.  A typical one-year-old child will be rolling over, crawling — perhaps even walking, pulling themselves up passing objects from one hand to the other — crossing the right/left midline, etc…  When Koan turned one, he could smile.  He could not roll over or even sit up without support.  He never used his hands or picked anything up in either hand.  He never learned to hold a bottle.  But, again, he really did know how to smile.

So, it was pretty clear to Jeri and me by his first birthday that we had an exceptional child.  As with a “typical child,” developmental milestones happen gradually.  So, it’s not like we were surprised or even alarmed by his lack of progress over the first year.  We became acclimated over time to the idea that he would be different.  But, there were times when this distinction became tough and real.

The support system in Iowa that identifies and aligns services for disabled people and families works and works well.  I’m not sure I have enough superlatives to share how much I appreciate the work that the Child Find and Early Access people did for us.  These teams from Grant Wood AEA put us on the right path, got us enrolled in essential services, and connected to the most helpful organizations.  Even today, almost ten years later, we are still reaping the benefits of their services.  I shudder when I think what our lives would have been like if we had not had such competent and dedicated help at that time.

I can’t recall exactly when, but sometime after we got home from the NICU and before Koan turned six months old, the Early Access folks contacted us and scheduled a home visit.  They had been tracking us based upon our stay in the NICU.  After completing some surveys and doing some interviews/examinations, these folks encouraged us to apply for the Iowa Medicaid Waiver.  This program, put in place by family advocates thirty years ago, makes it possible for kids like Koan to access Medicaid services regardless of income restrictions.  This visionary program is the foundation of so many essential services that we’ve come to find essential: physical therapy, occupational therapy, speech therapy, respite care, mobility supports (walkers, AFOs — leg braces), medical supplies (disposable briefs when he turned six years old), etc…  None of those things happen without the Waiver.  This program is also why I try to be a strong advocate for Medicaid services.

However, when we were applying for the Waiver, we had to make a choice.  There are two different types of Waivers available: there’s one of physical disability and there’s one for intellectual disability.  The physical disability waiver had a several month waiting list in order to access services.  But, it had none of the stigma (in my mind at least) associated with the other Waiver category.  The Intellectual Disability (ID) waiver was available right away.  Again, Koan was not quite a year old when we started down this path.  It was a really difficult choice.  I hated the idea of giving him the ID label.  I was still coming to terms with who he was and was going to become.  This felt like a baptism — if we put this label on him, it would never come off.  I was frightened by that idea.

I’ve written about this idea of coming to grips with who Koan is.  The advice we got from Deb and Charlie was deeply personal, wise, valuable, and private.  Enrolling Koan in a state run program with the ID label was a different order of magnitude.  With the ID Waiver we were publicly acknowledging he was different.  That was a difficult pill to swallow.  While I did anguish over that decision for a bit, it was really clear once we decided — it was a great move.  The Waiver set in place nearly all of Koan’s care plan.  It connected us with the Arc — an absolutely invaluable resource.  In short, the Waiver made it possible to hope and to see his “brighter days coming…”