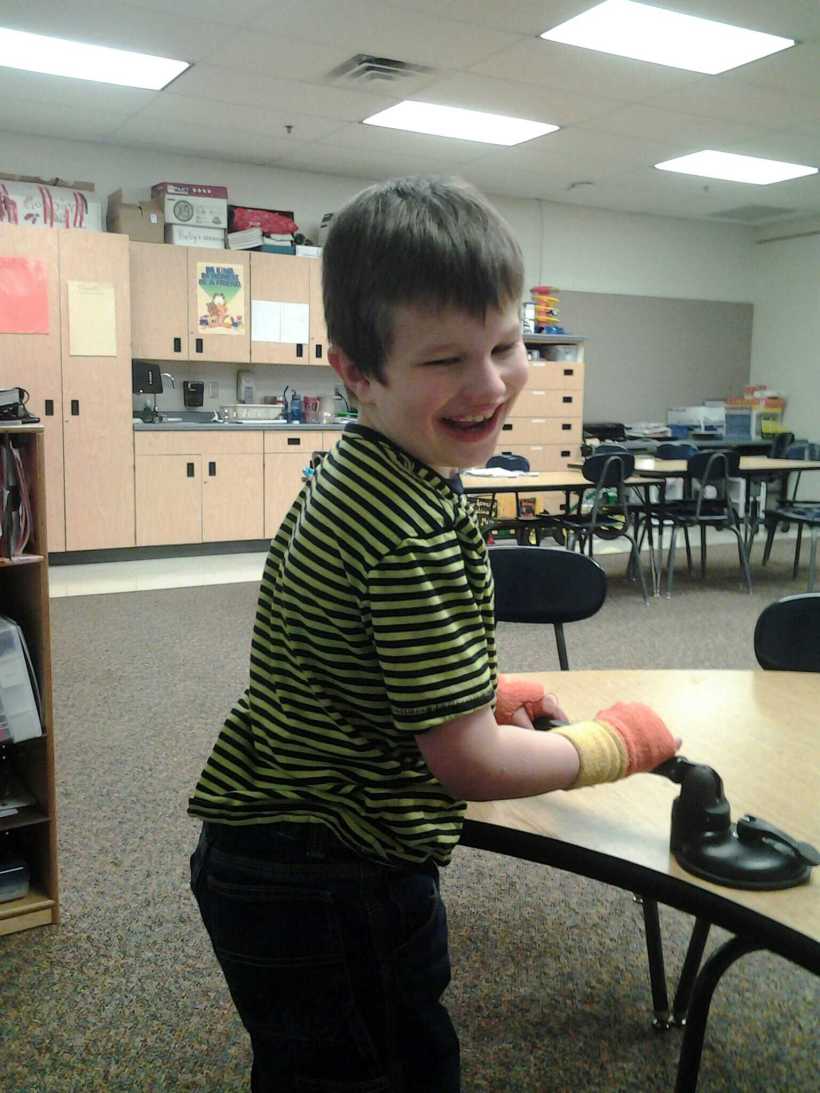 Back on May 6th, Jeri, Koan, and I attended the Together We Can Conference in Des Moines.  Thanks to everyone at ASK Iowa — you do great work! What a rich experience!  There’s a lot I could share from the conference, and I may share more later, but the most impactful ideas were from the two keynote speakers: Andy Imparato and Michael Gamel-McCormick.  Both men worked for Senator Harken and both still live and work in the nation’s Beltway.

These are scary times for people who rely upon Medicaid or have loved ones that do.  I didn’t do as much as I could when the Iowa Legislature privatized Medicaid.  Having lived with that the last year, I vowed to do everything in my power to preserve services if Medicaid was to be changed again.  Unfortunately, the current version of health care reform, the American Health Care Act (AHCA) which passed the US House of Representatives which is intended to replace the Affordable Care ACT (ACA/ObamaCare), is really tough on Medicaid.  Without going too deep into the details, here’s the gist:

Anyone of these things would be really bad, all three together would completely gut services.  The analogy I use is these types of rules would force states to choose between providing water or air to people with disabilities that need these services.

When the AHCA was first starting to be discussed, I started calling, writing, emailing, and faxing both Senators and my House rep.  My core message was, “Don’t mess with Medicaid!”  These were really unsophisticated methods.  And, while I do think there’s an important place for broadcasting a position on a policy, the big idea that Andy and Michael imparted to me was that influence and relationships are the core tools of substantive change.  As a school leader, I totally get this idea.  But, it was yet another case where I didn’t make clear connections between what I do for a living and a personal goal.

At the end of the day, we don’t convince people to change by yelling at them and threatening them.  Change occurs with new or expanded perspectives and this happens via relationships.  Again, don’t get me wrong, volume (both in terms of intensity and numbers) is an important pressure point.  Without pressure, not much change will happen.  I know this from my professional practice, too.  What I learned from Andy and Michael was to step down my personal volume and work on relationships.  What I didn’t know how to do was how to start.  So, I asked this question in a breakout session.  The answer was pretty simple, connect with the person holding the health care policy portfolio –ie… the policy advisor.  Andy gave me a name in Grassley’s office.

So, about a month ago, I called Senator Grassley’s office and asked what would be the best way to setup a phone call with Dr. Karen Summar, his health care policy advisor.   The staffer gave me her email address to set up the meeting.  After a couple of emails, we landed on a time for a call.

I think it’s easy to be cynical.  This might be true in our current context than ever before. And, while I’m still very concerned about what happens to the legislation, it was really affirming for me to talk to Dr. Summar.  She listened to me and demonstrated a deep understanding of not only the policy decisions she was providing expertise on, but that she also had a good grasp of the needs of disabled people.  We didn’t agree on everything, but it was a substantive, frank conversation.  As we finished our talk, I asked her what she believed would be helpful for me to do to continue to advocate for this cause.  She indicated that I should go to one of Senator Grassley’s town hall meetings and remind him of his legislative legacy for helping people with disabilities.  After the call, she emailed me helpful follow up information along with the locations and times of the next two town hall meetings.

So last Tuesday,  I drove to Guthrie Center to see the Senator.  I initially confused Guthrie Center and Grundy Center.  I knew Grundy Center was only about an hour away from here.  That didn’t seem bad.  But, when I copied and pasted in the courthouse address into Google Maps, it returned a 2 hour and 45 minute drive one way! So, I took Tuesday afternoon off and made the trip.  The last town hall I was at, Rod Blums, had 1,200 people there.  The note from Dr. Summar indicated I should arrive early as they anticipated the event would be well attended.  I got to the courthouse at about 1:30 PM– the event started at 2:15 PM.  The meeting room was about half the size of a typical classroom – three rows of 7 chairs were in the room.  I was about the 10th person there.  By the time the event started, they had squeezed in an additional row and the room was filled with about 35-40 people.

Everyone who wish to speak got a chance to do so — sometimes more than once.  He did a nice job of listening and responding to all questions (mine included).  I came away being really impressed with him.  He addressed all questions — didn’t pivot around any.  In the room was an interesting mix of people.  About half were conservative supports and the other half were progressive.  Grassley had control of  the room and would not let either side shout down the other.  For such a small meeting, there was quite a bit of national press there.  I actually got the lead in this Wall Street Journal piece — sorry it’s behind their paywall — but you get most of my part before that.   The only thing you’ll miss by not subscribing is a quote from me saying that these are scary times for people with disabilities and their caregivers.

I asked what Grassley what his plans were to protect people with disabilities from proposed cuts in Medicaid.  I showed him a picture of Koan and reminded him of the Katie Beckett law and the Family Opportunity Act he had previously supported.  He echoed a lot of the conversation I had with Dr. Summar.  So, it was good to see that he listens and takes the counsel of his advisors.  He indicated that he would support a waiver for people with complex medical needs or disabilities from the per capita spending limits and that he would not support the scope and size of the $800 billion dollar cut.  However, he did make it clear he was very much in favor of using CPI as an annual growth cap to allocations given to the states by the Federal government for Medicaid.

I wasn’t thrilled with the later half of his response, but didn’t get a chance to press him on it. It didn’t jive with what Dr. Summar indicated she thought was best.  So, over the weekend, I emailed her again.  I related my concerns about CPI as a growth metric.  Within an hour she had written me back indicating that she also didn’t think base CPI would be good enough and they would be looking at other measures.

Of course, we’ll need to see how the Senate version of the bill turns out.  I’m still concerned and will be watching it closely all the way through.  I will say that my interactions with Senator Grassley’s office has made me feel better about our country in a general sense.  Anyone who knows me, understands I don’t overlap much with Grassley’s overall political philosophy.  I often feel like our government is really broken and ineffective or being run by people who are either not smart enough to grasp complex problems or too corrupt to care.  It’s been a really cool experience to have substantive exchanges with this office.  It does give me hope.  These are serious and smart people.  I don’t agree with them on many things, but at least they are trying to do the right thing.

I currently working to build bridges with the other Federally elected officials in Iowa.  I haven’t reached out to anyone in Representative Blum’s office, however.  After attending his town hall in Cedar Rapids and getting a letter from him shortly after saying, “nothing will change under the AHCA if you are currently covered by Medicaid…” I have a hard time engaging with someone who thinks I’m not intelligent enough to understand the bill or he himself is not intelligent enough to understand the legislation he voted for, or someone who knowingly lies to constituents.  I should probably get over myself view this as a teachable moment and call his office.   This is all about Koan after all and not me. But, part of me thinks the effort may be wasted if he’s not elected again.  I’m still waiting to hear back from Senator Ernst’s office.  I called again today to remind them of my request — made in early May.  It sounds like they don’t have anyone advising the Senator on health care.  And, that’s a little scary in an of itself.  But, hopefully, they get someone to help her with this complex issue soon.   I’m looking forward to visiting with this person as well.

In the meantime, I still encourage everyone to call and write your Senators and Representatives to voice opposition of any part of health care reform that damages Medicaid.  We need to be the voice for those who often can’t speak, but are wholly reliant upon these services.

One thought on “Keeping Medicaid Safe”